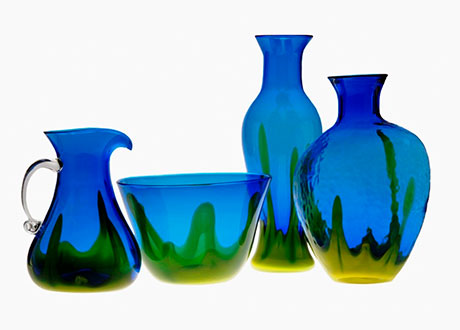 Blenko Glass Company has been a family owned and operated company since 1893. We have been located in Milton, WV since 1921. Exquisite color, skilled craftsmen, and imaginative designs have made Blenko famous in the time-honored craft of hand-blown glass. In a world of ever increasing automation, we at Blenko pride ourselves in paying particular attention to the forms and designs of our hand crafted products. We all need, now
more than ever, hand-made possessions that are unique and inspiring. 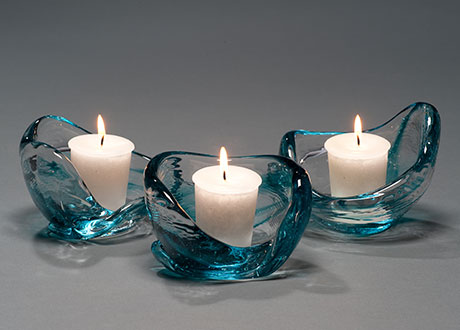 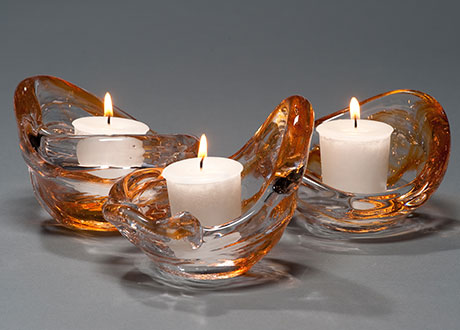 Everything that we sell is made in the studio or by one of our employees. You will find an interesting cross-section of creative work including glass, sculpture, paintings, jewelry, and awards in our gallery. If you want a truly unique item for your home or for a gift then look no further. 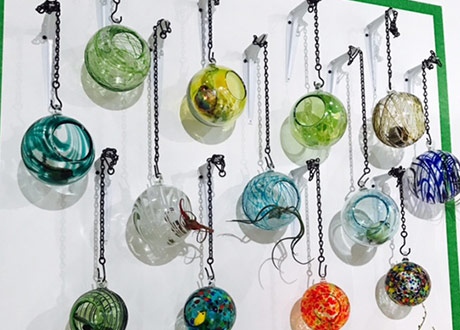 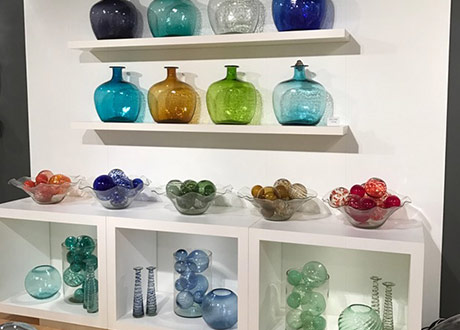 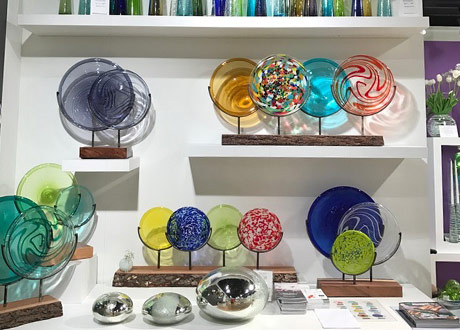 We started as a retail store in 1988 but quickly became a wholesale company importing various products from several countries. Since 1998, we have concentrated exclusively on Mexican blown glass and MetalArt.

All our pieces are individually handmade by craftsmen using inherited skills who take great pride in their production. Worldly Goods takes traditional items and combines them in exciting, design-oriented ways to create treasures for our sophisticated, trend-savvy clientele.

Every product in our catalog is custom-designed and hand crafted in Mexico from 100% RECYCLED MATERIALS. 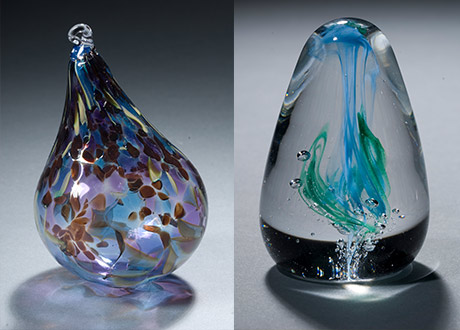 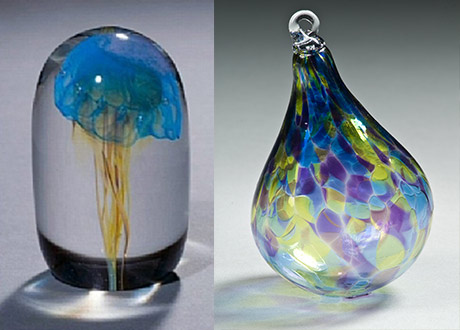 Thomas Spake Studios strives to create blown glass that is unique and contemporary. Texture, color, pattern, light, and motion are all key design elements that run freely through all of the Work produced, these ideas are at the core of creative process. The earth, air, and sea are the inspiration behind the Work, from the sandy ocean floor, to the arid desserts of the American southwest, from the peaks of the Rockies to the distant horizon. I am a curious observer, a witness to what takes place around me, so explore through my eyes. 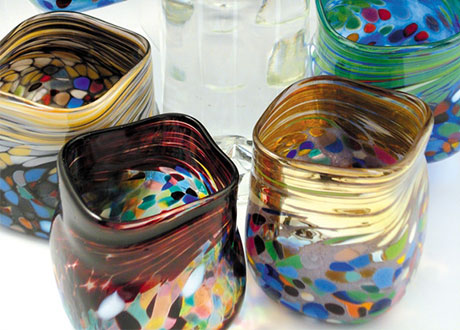 Glass artist Loretta Eby finds inspiration in the oddest of places. Her idea of a good time is finding a new junkyard or farm equipment salvage lot: “It’s way more fun than mall shopping.” In places such as those, she finds “art parts,” shapes, textures, and even discarded tools that are assembled into striking combinations with her glass.

Loretta Eby received her B.F.A. in glass, with minors in printmaking and drawing, from the Cleveland Institute of Art in 1981. She has continued her education at the Penland School of Crafts, Haystack Mountain School of Crafts, and the Pilchuck School of Glass. Her emphasis since college has been on hot glass, working in and managing several studios before opening her own studio in 1985.

Functional and unique dishware to compliment your style. 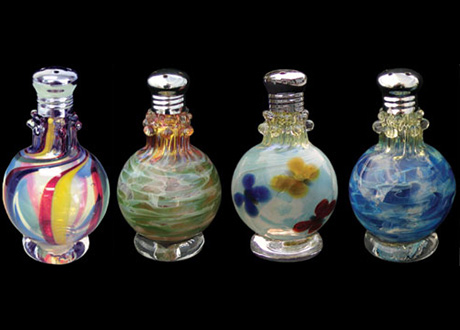 Glass Act has been in the glassblowing trade since the early eighties. The company prides itself on producing the highest quality glass art at affordable prices. After many years of experimenting, Glass Act now concentrates on salt & pepper shakers, fine fragrance bottles and pendants. These gems are the collectibles of today and the antiques of tomorrow. 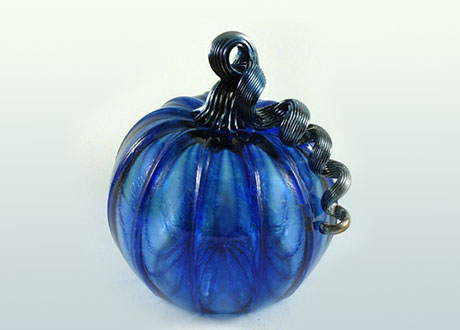 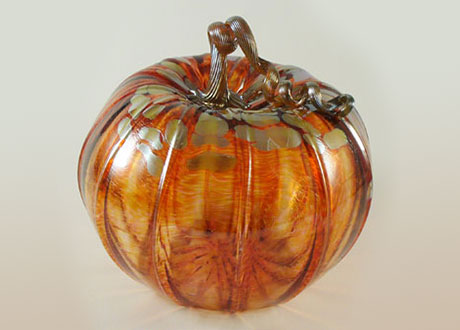 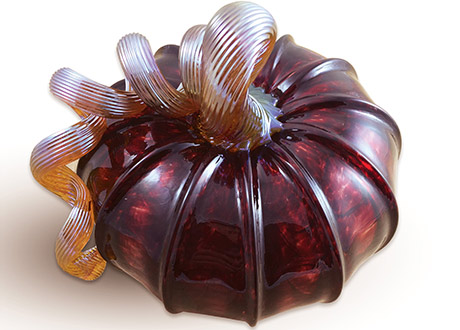 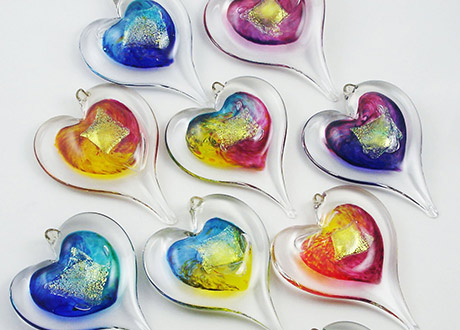 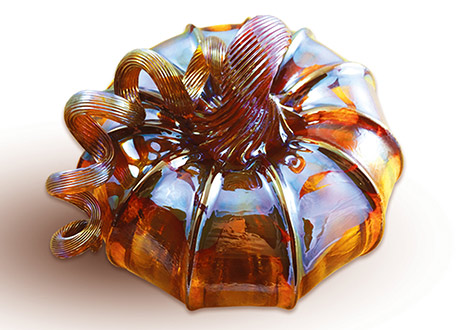 “From the age of five, I knew that I was an artist. Some of my earliest memories are of drawing and sketching the world around me. Working with hot glass is incredibly fun and I consider myself lucky to be able to do something that I love every day.” Luke Adams is a Boston based artist and graduate of Mass Art. He works with a group of assistants to produce his work n glass. 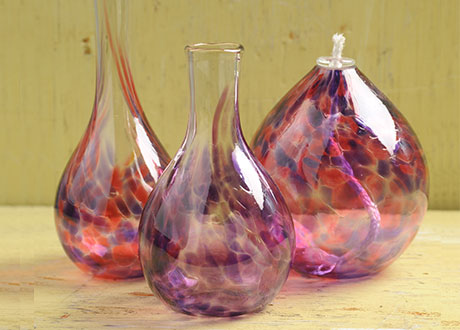 Jill Henrietta Davis is the owner and designer of Henrietta Glass. In 1988, after experimenting with many different materials and art forms, she was first exposed to the wonders of molten glass and immediately fell under its spell. Sixteen years, a BFA and an MFA later, she remains as smitten as ever. Glass can do things that would be impossible with any other material, and although the learning process is quite difficult, once you gain a little fluency, blowing glass is just plain fun. Jill tries to convey this fun by blending humor with fine craftsmanship in her designs. 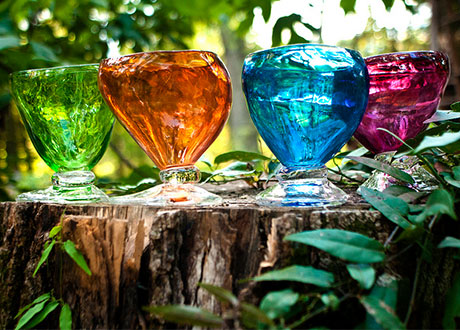 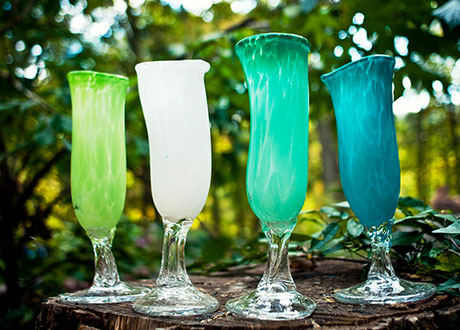 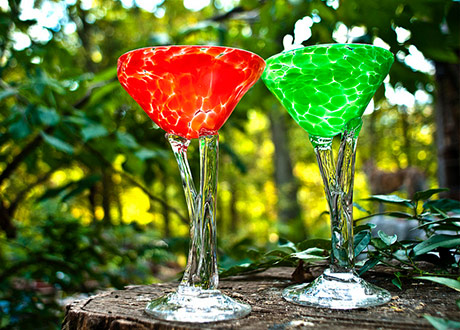 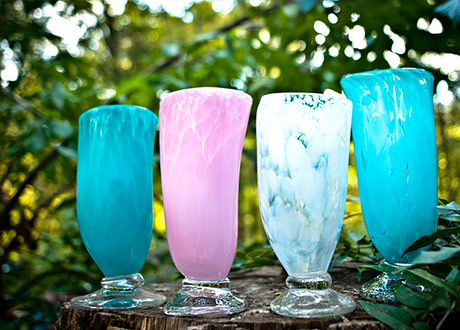 Wauhatchie Glassworks is the culmination and ongoing result of incessant dreaming, thinking, and working. It is the studio of Prentice Hicks.

First and foremost, WAWhatchee, pronounced as we non-indigenous people pronounce it, is the name of a Cherokee chief who fought in the war of 1812 and lived 4 miles from where the studio is today. Chief Wauhatchie had the rail siding through this area named for him and then in 1863 the location became quite fertile and toxic with the blood and lead of thousands of Americans from the South and North.